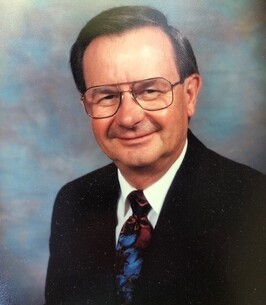 Much loved husband, father, grandpa and great grandpa, we regret to record the death of Walt Penner who died on 22nd August 2022, aged 91.

Walt was born in Gem Alberta, a small farming community, on 16th March 1931. His was a family of five brothers and one sister, all having preceded him. He joined the Royal Bank of Canada after his schooling in 1950 and spent the next 43 years doing what he loved. His career progressed with each transfer and in 1963 he was promoted to his first managership in the town of Houston B.C. From there he assumed charge of a series of larger bank branches in Prince George, Port Moody and Vancouver. He spent time on marketing and lending then back to branch management in Prince George, Hamilton Ontario and in 1982 he was promoted to Vice President of the bank and manager of Toronto main branch. Walt was banking while his wife Meg was either teaching or attending University or both. His final move was back to BC in 1986 as Vice President Corporate and Commercial banking for BC and the Yukon. He retired in 1991 residing in West Vancouver.

Walt met and married Margaret Boyd in 1954 while in Nelson B.C. and they are proud of their four children, Theresa (Ted), Denise (Larry), Mike (Kirsten) and Gregory, who sadly died at age five years. He also leaves six grandchildren, Jeff, Jenny, Kevin, Ryan, Matthew and Thomas as well as two great grandchildren, Jack and Georgia (Jenny and Matt’s children), with Jeff and his wife Luze’s little one on the way. He is also survived by his brother-in-law Bill (Lidy) and sisters-in-law Beth (Craig), Cathy (d. Hank) and Iris (d. Pete).

The family purchased property and built a cottage in the Caribou in the mid seventies, and spent many happy times there holidaying at their lakefront second home. Walt and Meg travelled to many countries after their retirement often accompanied by their good friends Vic and Marney Harrison.

For recreation Walt enjoyed skiing, golf, fishing and bridge with friends in West Vancouver.
Walt and Meg have been active members of the West Vancouver United Church for more than 30 years and Walt served on the Official Board as well as committees for many years.

Dad had the most wonderful sense of humour and was a great story-teller. He will be greatly missed.
There will be a memorial service for Walt at West Vancouver United Church at 2pm on September 1 2022. In lieu of flowers, donations can be made to a charity of your choice.