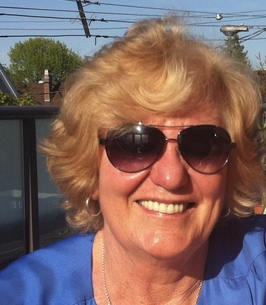 Marcia was born on June 26, 1946 to Al and Flo Johnson in San Fransisco, California. She and her brother Denny grew up in beautiful Mill Valley, just north of San Fransisco. Her family was very close, she and Denny lived with their parents and grandmother and spent much of their childhood with their cousins Penny and John. She was the baby of the family and adored (and teased) by all.

Growing up, she spent quality time with her grandmother, who inspired her love of music and playing the piano. She was an excellent tennis player and she met many lifelong friends throughout the years. She continued her love of music and tennis while she attended San Dominico School and then studied Geography at University of California Berkeley.

Marcia’s cousin Penny and her husband Doug set her up on a blind date with a delightfully strange man named Doug Stelling. She was enchanted by Doug’s 4 beautiful daughters, Susie, Caroline, Sarah and little Sheila. They all fell head over heels and Doug and Marcia were married 5 months later on October 18, 1980.

Marcia took to motherhood immediately with her patience, love and enthusiasm. The family moved to West Vancouver in beautiful British Columbia, although continued to do regular road trips down to Nevada and California. The family continued to grow when Marcia and Doug welcomed Lynn in 1982 and Laurel in 1987.

Marcia was an active member of the West Van community, particularly in Horseshoe Bay and Lions Bay. She continued her love of music through singing in the Pacific Spirit Choir and had fond memories of singing in beautiful European cathedrals.

Marcia worked at the Spirit Gallery in Horseshoe Bay for over 15 years. She thrived while at work - talking to people, showing her passion for West Coast Native art and laughing with her close coworkers.

Marcia continued her lifelong friendships throughout the years despite being so far away from her childhood friends. Every year she and three of her closest friends would travel to Hawaii and sip Mai Tais on the beaches of Maui.

As her daughters left the home, Marcia continued to share her maternal love by hosting international students from Mexico, Japan, Brazil, Russia and Germany. She was a proud and loving grandmother of 8 grandchildren over the span of 20 years.

Marcia made friends everywhere she went. She radiated joy with her big beautiful smile and golden blonde hair (platinum in her later years) and a calm energy that made everyone feel accepted and loved.

As a mother, she instilled strength in all of her daughters with her unconditional love and by being a role model in her everyday life. She was kind, considerate and consistent in articulating her own boundaries to ensure she was able to be reliable in her support. She also was able to find humour in every situation. She could lighten the mood and have everyone laughing. She cherished all the people and memories and stated towards the end of her life ‘I wouldn’t change a thing, I’ve had such an amazing life’.

Marcia has touched many people over the years who love her dearly. She will be greatly missed.