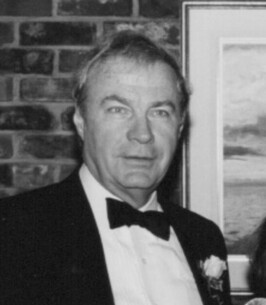 It is with great sadness that we announce the passing of Lorne Herbert Chapman of West Vancouver on September 13, 2021 after a long battle with Dementia. Lorne was predeceased by his parents, Herbert Chapman and Marjorie (Taylor) Chapman. He is survived by his loving wife Marylou (nee Duffy), and two sons, Peter (Jennifer) and Tom (Tanya), and by cherished grandchildren Max, Alexandra, Will, Georgia, and Grace. He was also a brother to Judy Weaver (Bryan) and Ian, and an uncle to several nieces and nephews.

Lorne was born in Vancouver, and grew up in Montreal, before relocating to Toronto where he spent a great deal of his working career. He attended Mount Allison University and Queen's University, where he completed his Professional Engineering degree. His education prepared him for a long career in main frame systems and business process improvement. He worked many years with IBM, and Bank of Nova Scotia and was able to assist many businesses through consulting practices with Coopers & Lybrand and the Chancellor Partners. His work took him t many locations, but he was happiest when a move brought him back to Vancouver where he could sail, ski, and golf all in the same weekend. Lorne 'ran into' Marylou shortly after his return to Vancouver in 1990. They subsequently married in 1992.

Lorne always loved to be on the water whether it was an International 14 at Britannia Yacht Club in Ottawa or Royal St. Lawrence Yacht Club in Montreal, or his J/24 at the National Yacht Club in Toronto or his J/24 and then his Dragon at the Royal Vancouver Yacht Club. He loved competitive sailing. His analytical mind and commitment to sailing led him to a lifetime of active involvement with the international J/24 Class and judging around the world.

Travel was another passion for Lorne. From European cruises with Marylou to visiting with family on the beach in Prince Edward Island and teaching grandchildren to sail. He enjoyed capturing these memories with photography and also enjoyed catching up with sailing friends around the globe. Together Lorne and Marylou enjoyed B.C.'s fabulous golf and skiing activities, and many crew parties and dinners with friends in West Vancouver.

Lorne's interest in photography was always evident in the sunset photos from the deck in West Vancouver and the pictures of Lorne and Marylou's constant West Highland Terrier companions, Muggins, Charlie and Holly.

We are ever grateful for the warm an excellent care provided by the doctors, nurses, nurse aid and all staff at Evergreen House, in North Vancouver. Despite the challenges of the pandemic, he received great care every day that kept him as comfortable and content as possible.

A memorial service is postponed until a future date. In lieu of flowers, please consider a donation to the Alzheimer's Society of B.C.