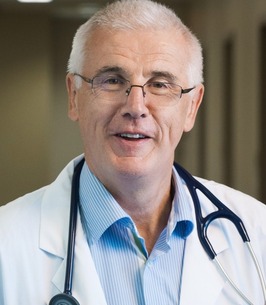 John Marcus (Mark) FitzGerald passed away peacefully on January 18, 2022 in North Vancouver. He was born to Margaret and Mark FitzGerald in Dublin, Ireland on June 18th, 1955. He is mourned and will be greatly missed by his wife Céline, children Emma, Laura (Stefan and grandchild Hannah), David (Nicole), Jeffrey (Patricia) and stepsons Louis-Clement and Charles. His brothers and sisters will also greatly miss him; Myles (Mary), Mary (Donal), Mairead (Hugh), Gerald (Susan) and Niall (Eithne). He was especially happy to meet his beautiful first grandchild Hannah. Mark also leaves his ex-wife Trish, and a wide circle of colleagues and friends from around the world. Mark died from a carcinoid tumor and dealt with his extended illness with humor and dignity, finally passing at North Shore Hospice surrounded by family, just after the anniversary of his father and mother’s deaths (January 16th , 1981 and 17th, 2010, respectively). He showed remarkable resilience, especially when dealing with several life-threatening complications over the past 5 years. He would like to acknowledge his excellent care under the direction of Dr. Barbara Melosky at BC Cancer, Vancouver Clinic, and palliative care from Dr. Phillipa ‘Pippa’ Hawley and Dr. Wendy Yeomans, as well as attentive care from ER, ICU and Internal Medicine teams at VGH. The family appreciates the support received from North Shore Community Service and Palliative Care, at home and at Lions Gate Hospital, and his final place of rest, North Shore Hospice.

Mark completed his medical school training at the National University of Ireland in Dublin in 1978. After completing his internal medicine training, he spent two years in Lesotho, Southern Africa, working as a general internist, with his newly married wife Trish. He subsequently completed training in respiratory medicine and epidemiology at McMaster University where he was recruited on Faculty in 1987. In 1989 he moved to the University of British Columbia where, apart from a brief return to Ireland, he spent the remainder of his professional career. Mark not only established an international reputation with a clinically orientated research program focusing on the management of asthma but also had a very busy clinical practice. Although his research success was a source of pride he greatly enjoyed caring for his patients. He was excited by the explosive increase in our understanding of the underlying causes of asthma and he coined the term “humanomics” to emphasize to his colleagues the need, among others, to communicate effectively with their patients. In addition to his research and clinical practice Mark participated nationally (Canadian Lung Association and Canadian Thoracic Society) and internationally (Global Initiative in Asthma) to raise the standard of care for patients with lung disease and especially asthma. His patients spoke of his real interest in their lives, his ‘joie de vivre’, and his supreme commitment to finding solutions to their health problems.

Mark was fortunate to have travelled widely both related to his work as well as his independent travel. He enjoyed cooking the latest recipe from the NYT, a good glass of red wine, and read books and newspapers voraciously. Fishing trips with his family were especially enjoyable, as well watching his children in their various sports. For many years he holidayed on Hornby Island and enjoyed wonderful times there with his family as well as becoming proficient in pottery (not enough to give up his day job!). He played a good game of tennis, especially at the net with a Federer (his sporting hero)-like drop shot. Mark was a great conversationalist; he enjoyed both telling and listening to stories, and having a good laugh – the best medicine!

A funeral service for close family and friends will be held locally on the 29th of January at 1PM PST, by invitation only as per COVID restrictions. For those unable to attend in person virtual attendance is available. For details and to write condolence to the family, please visit www.mckenziefuneralservices.com. There will be a reception to celebrate his life at a later date. In lieu of flowers, donations in Mark’s name can be made to any of the following charities; BC Cancer Foundation, BC Lung Association, Medecins Sans Frontieres, Vancouver Food Bank, Covenant House, or Union Gospel Mission.