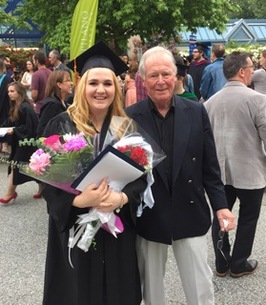 John Cain restfully passed away at home in West Vancouver, British Columbia the morning of September 24th, 2021. Born in 1938, John was active in many civic organizations in his young life and excelled in leadership, public speaking and swing dancing. He married in 1956 and welcomed two sons. John was an accomplished businessman in the lighting industry with an entrepreneurial legacy survived by many clients and colleagues across Canada and the United States. With an adventurous spirit, John travelled to Alaska, South America and the jungles of Machu Picchu. He was an honorable man committed to his wife of 48 years Shirley Louise Cain who preceded John in 2016. Beloved Brother, Father, Husband, Grandfather, and Uncle, John is remembered by his son John (Dawn) three grandchildren: Samantha, John Charles, and Elizabeth, son Jeffrey, former wife Margaret, sister-in-law Elaine, brother-in-law Rey and their families, and many friends. A celebration of John’s life will be announced at a later date.