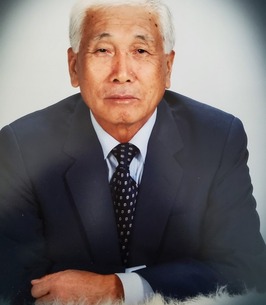 It is with great sadness that we announce the passing of Hung-Sik (“Harry”) Shin on Monday, September 27, 2021 surrounded by his loving wife, Kyong-Ok (“Kay''), and their two sons, Jay and John.

Harry was born on November 18, 1937 in Ganghwa Island, Korea. As the youngest of nine children of a poor farming family, he learned at a very young age that he had to work very hard to be successful. After graduating highschool in his village town after the end of the Korean War, he moved to Seoul to study agricultural engineering in university. During his final year of university studies, he met the love of his life, Kay, whom he married in early 1964.

Post his graduation, Korea was a war ravished country and in great need of engineers to rebuild the country. From the mid 1960’s to mid 1970’s, Harry participated in many notable engineering and construction projects that laid the foundation for the rapid economic growth in South Korea during which South Korea transformed from a developing country to a developed country. Harry took great satisfaction in knowing that he contributed to the success of Korea's economic development in what is often referred to as the Miracle on the Han River.

In July of 1975, he decided to move his family to Toronto, Canada with the hopes of providing a better future for his two sons. His life in Toronto was not an easy one. Like many professional immigrants, his professional experiences and qualifications were not recognized and he had to create a job for himself and like many Korean immigrants at the time he purchased a small convenience store with his life savings in the Rexdale neighbourhood of Toronto.

After five difficult years in Toronto, Harry and his family moved to Burnaby, BC in the summer of 1980. After working long hours without any time off for vacation, the seven day road trip to move to the west coast on the Trans-Canada Highway was the first family trip in Canada which Harry and the family continued to look back on with very fond memories.

After settling in Burnaby where he lived until his passing, Harry was happy to see his Canadian dream come true. He took his family on many road trips to explore the beauty of his new surroundings. Being in an environment surrounded by mountains and the sea much like the island where he grew up, he felt at home. He was also happy that his two sons were beginning to do well academically and felt that the sacrifices he made in coming to Canada were paying off.

Harry's happiest times were over the last twenty or so years of his life with the births of his grandchildren, Leah in 1998, Sarah in 2000, Emily in 2005, Keon in 2007 and Jianna in 2009.
His greatest joy was seeing his grandchildren grow up and being able to “spoil” them as only a granddad could. He was happy to see the Shin family tree take root and grow in Canada.

After suffering a debilitating stroke in September of 2018, Harry proved to us how much of a fighter he was by making a near full recovery even though the doctors felt that his chance of recovery was very slim. In September of 2019, he suffered his second stroke and spent almost six months at the Royal Columbian Hospital and Eagle Ridge Hospital until March of 2020 when the Covid pandemic started and the family made a decision to care for him at his home. Once again proving that he is a fighter, he regained the use of his limbs and was able to walk with the help of a walker. However, the third time proved to be fatal for Harry and he slipped away peacefully on Monday, September 27, 2021.

Harry has taught his two sons the importance of being successful. Ralph Waldo Emerson once said, “To laugh often and love much; to win the respect of intelligent persons and the affection of children; to earn the approbation of honest citizens and endure the betrayal of false friends; to appreciate beauty; to find the best in others; to give of one’s self; to leave the world a bit better, whether by a healthy child, a garden patch or a redeemed social condition; to have played and laughed with enthusiasm and sung with exultation; to know even one life has breathed easier because you have lived—this is to have succeeded.”

By this definition, Harry has truly succeeded and taught his sons well. Thanks dad. We will miss you.