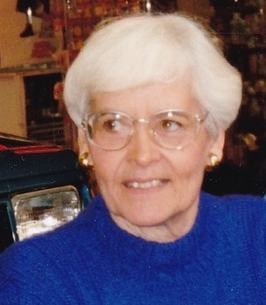 It is with sadness that we announce that Frances (Fran) passed away peacefully on June 13, 2021 in North Vancouver, BC. She was born in Brandon, MB to Ray and Frances Collins. The youngest of 4 girls, she grew up there in a happy and loving family. In 1948, she married Len and that began their 64-year life journey together. In 1959 they moved their young family to Flin Flon, MB, where their cottage at Bakers Narrows became a special place for friends and family. Even after retiring to Victoria in 1985, the lake called them back each summer for many years.

Vibrancy, friendliness, and a keen sense of humour come to mind when thinking of Fran. She described the way that she and Len affectionately and playfully joked and teased each other as “kibitzing” – an acquired skill that both loved engaging in and that they seem to have passed down to other family members. She used that quick wit in being a sharp bridge player, a savvy business woman, and a pro at doing crosswords.

She was also very active. Rarely would a day go by when she wasn’t out for a walk and she also enjoyed figure skating and bicycling. Her favorite sport was swimming. She was like a fish- so at home in the water, whether swimming laps daily in Victoria, diving into the lake in the summer, or -when in Flin Flon being a regular at the local pool. She earned her bronze cross and instructor levels for water safety and synchronized swimming. Being community minded, she coached the synchronized team, and was involved the Kinettes, Rangers, and doing stage make-up for the local Glee Club. She was never too busy to chat with those she met or knew.

Most importantly, she cared deeply for all of her family. Old and young, all were important to Fran and she did her best to make life better for each person. And she succeeded. Each person benefited in a different way, but they all received her full love and attention so that each knew that to her, each one was a special gift. Those memories are priceless and will remain forever.

Fran was predeceased by her husband, Len, and her sisters – Margaret Collins, Edith Aslett, and Mina Magee. She is survived by her 2 sons - Doug (Bev) of Lethbridge, and Jim (Wanda) of Vancouver, 5 grandchildren- Dave (Tara), Jennifer (Todd); Mark (Linda), Niel (Jen) and Jeff (Katie); and great grandchildren, Devon and Kaylee Pickell, Jack, Nicholas, and Sarah Buchholzer, Elanah and Israel Pickell, and Imajyn and Crispin Pickell.