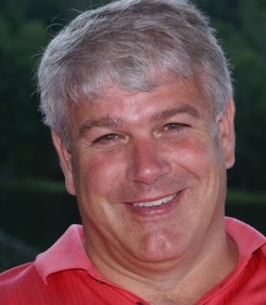 David (Dave) Alan Wallace passed away peacefully on October 29, 2021, in Vancouver, after a courageous and never complaining battle with cancer. He was predeceased by his father, Alan Wallace and his mother, Lise Desjardins Wallace.
David is survived by his spouse of 27 years, Jane (Burns) and their children, Jamie and Stefanie as well as children from his previous marriage, Christina (Colin) and Charles (Nicole); and grandchildren, Jack, Robbie, Sarah, Isla and Juliette. He also leaves behind his brothers, Drew (Eloise) and Steven (Tracy), as well as numerous uncles, aunts, cousins, nieces, nephews and good friends.

David graduated in 1975 from Civil Engineering at McGill University and worked for many years on large civil projects including the Skytrain and Sea to Sky Highway improvement projects in British Columbia, and a number of other interesting projects which included hydroelectric and fibreoptics. He was proud to be an engineer and valued the contributions he was able to make to the Canadian infrastructure through his profession. His former colleagues and classmates from Kiewit and McGill remained some of his closest friends and were very supportive throughout his illness.

One of David’s other passions was hockey and he continued to play on various teams throughout his life. He was a big supporter of youth hockey and coached his children’s teams until they became too good for him! He was exceptionally proud of his children’s prowess in both ice and field hockey. An avid skier, he passed his love of the outdoors to his children and his grandchildren, who all continue to enjoy skiing. He loved spending winters at Whistler skiing and summers in the Laurentians golfing, cycling, enjoying the outdoors and most of all, his family.

Cremation has taken place (www.mckenziefuneralservice.com) and a private family ceremony will follow in the future. Donations in lieu of flowers can be made to St. John Hospice (stjohnhospice.ca) or a charity of your choice. Our family extends a special thank you to the Home Health Care Team at Whistler including Dr. Tamplin, the Sea to Sky Palliative Care Team and especially the St. John Hospice for their love and devotion in his care these past few months. We will miss his smile and sense of humour. Please remember David by doing something nice for somebody, unexpectedly, and without explanation. He would like that.