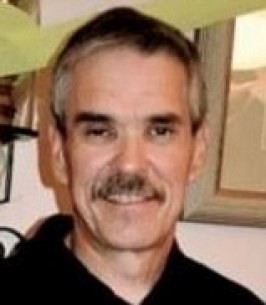 Daniel (Danny) was born on October 27, 1959, in Calgary, Alberta. Danny had a love for electronics which even at a young age he was taking radios apart and putting them back together. Danny worked for a number of years at A&B Sound in Vancouver installing car stereos and various electronics. In the past recent years, Danny lived in St. Paul, Alberta, with his mom, and worked for MCS Net climbing radio towers and installing wireless internet in rural communities.

Danny loved sports especially hockey of which his favorite team was the Vancouver Canucks. He also loved watching movies and had collected many DVD and Blue Ray videos. He also loved coaching his son’s hockey team even if it was at times stressful. He had a love for animals and his most favorite pet was his dog, a Basenji, named Ozzy who was a companion to him for over 12 years.

To celebrate the memory of our dear Danny please enjoy a Baconator and Frosty at Wendy’s which was Danny’s favorite meal.