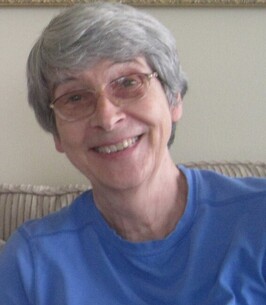 Anne died peacefully at Lions Gate Hospital after suffering several strokes over a period of two months. She was surrounded by her family and friends. She is survived by her husband of 54 years, Richard, her daughters Tanya and Julie, and her grandchildren Emily, Robert, William and Julian.

Anne was raised with two sisters in towns in and around the Bathgate area in Scotland. Her father was a miner. She graduated from: Bathgate Academy in 1960; Edinburgh Western General nursing school in 1961; and Glasgow Royal Infirmary in 1965 as a Nurse Midwife.

In October 1965, Anne immigrated to Canada and settled in Vancouver where she met Richard in 1967. They were married in 1968 and had two daughters in the early 1970s. They lived initially in Fraserview, Vancouver and subsequently moved to North Vancouver in 1972 where they remained.

When Anne first arrived in Vancouver, she worked as a Registered Nurse at Burnaby General Hospital and Vancouver General Hospital and from 1973 to 1976 in the nursing pool at Lions Gate Hospital. Anne took some time off to raise her two daughters and then in 1984 she joined the Labour and Delivery Ward at Lions Gate Hospital where she enjoyed coaching and caring for new mums until she retired in 2002.

Following retirement, Anne and Richard’s travels included vacations in the UK, France, Hawaii and Mexico. They explored the coastal waters of B.C. in their sailing yacht, including the Gulf Islands and north to Desolation Sound.

In her early married life, Anne enjoyed playing tennis at the Hollyburn Country Club and later avidly followed the major tennis tournaments. She was a voracious reader of murder mysteries and enjoyed completing crosswords and number puzzles, including killer Su Doku from the Times of London. She loved watching British shows on television and on DVDs including Downton Abbey, Midsomer Mysteries, All Creatures Great and Small, Call the Midwife and Inspector Morse. She enjoyed regular walks and coffees with friends and birthday lunches with friends from work. Her joy was looking after grandchildren and spending time at family activities when she invariably baked treats for her grandchildren.

Anne volunteered to drive patients for the B.C. Cancer Agency for several years and spent many hours as Chair of the Strata Council and assisting with other tasks for the residents of her apartment building. She lived a life full of caring and devotion to family, friends, patients and neighbours. She will be greatly missed.

We will be gathering on Sunday July 17th between 2pm and 4pm at 1571 Dempsey Road, North Vancouver to remember Anne. The family hopes that you will join us and share our food and drink and give us the benefit of your memories of Anne. If you would like to contact us, please email Richard at rmprutton@gmail.com or call him at 604-987-4152.

In lieu of flowers, donations may be made to: UBC for the Midwifery program or Covenant House Vancouver.